When I saw this curious combination of Burberry-style Scotch plaid tartan and diaphanous Indian-style veil, wedded to create a poncho, I was awestruck, and it got me thinking about perspective.

I’m reading a book about interprofessional medical education (stay with me), written by a physician. In the beginning of the book, he writes that he has learned much about the complexities of healthcare over the past several years, and that some of his staunch assumptions were flat-out wrong. He had the courage to both uncover and confront his biases (physician, American, white male, among others), which gave him a new perspective. I applaud him.

I suspect that many of his revelations were the result of his writing the book. As an educator, I can vouch for the adage, “when you teach, you learn.” Diving deep into a subject so that you can teach it uncovers all sorts of new information and triggers new ideas and connections. I find the process and the result thrilling.

Maybe I’m unusual (I’ve been told that), but I like to test my assumptions and not be so sure of my beliefs that I’m unwilling to budge. I recognize that I have biases — the way I view the world based on my upbringing, experiences, education, to name but a few — and, like most people, I don’t particularly like to think that I am “wrong” about something. But I’m not so hard-headed that I can’t change my perspective based on new information.

Capital punishment is one example. I’d long been a proponent (so long as the prisoner admits to the crime — I’m fearful of wrongful convictions and even more so of wrongful executions), because I believed, based on not much more than intuition and “common sense,” that it costs less to execute criminals than it does to house them for the length of their sentences. In reality, as I’m learning, there are extraordinary legal costs involved in capital punishment cases, which far exceed the cost of a life sentence. So, I’m evolving my perspective.

How does one accomplish this? Read, read, read. Escape from your echo chamber (Facebook is notorious for this, IMHO), and consider new opinions and ideas — at least hear them out.  Listen to TED Talks, and stumble upon topics that you wouldn’t automatically be drawn to. I guarantee you’ll learn something new.

A close friend of mine has recently evolved his perspective on gay marriage. He had been technically against it based on religious grounds: Gay marriage isn’t accepted by the Catholic Church. He and I talked about it several times, and he’s now come to the conclusion that 1) gay marriage has no effect whatsoever on his life, and 2) anyone who is in a committed relationship has the right to legitimize their relationship. Who is he, he now says, to deny two adults who are in love the right to marry?

All right. All right. Here’s where we need to transition back to the fashion portion of our show and focus on the marriage of two discrete patterns, courtesy of Bonni from Flutter-Bye Boutique, to create the unique poncho that I’m wearing. To create these unique wearables, I imagine she tosses aside her biases (say, combining the tartan pattern with a solid black fabric) and courageously considers a new perspective, for which I am personally delighted.

Not only do I adore this fabric/pattern combo, but I also love the flexibility of the poncho. You can wear it several different ways to create a variety of looks, which you’ll see below. 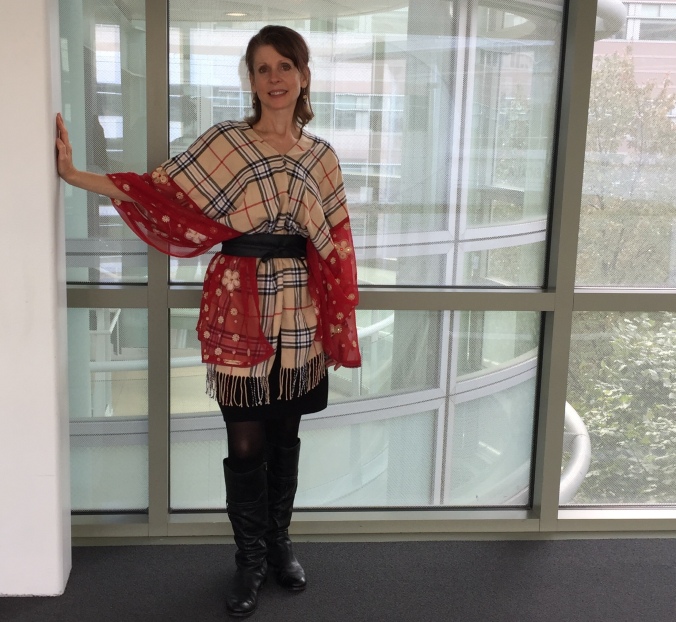 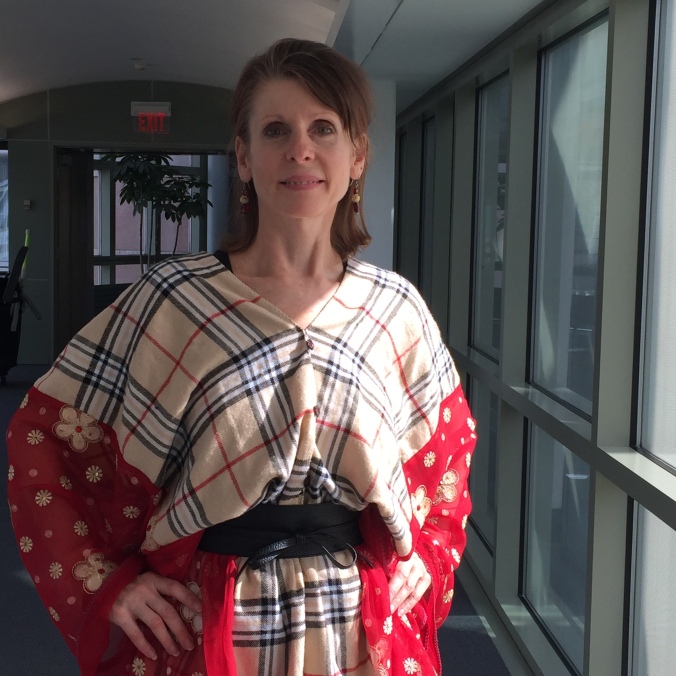 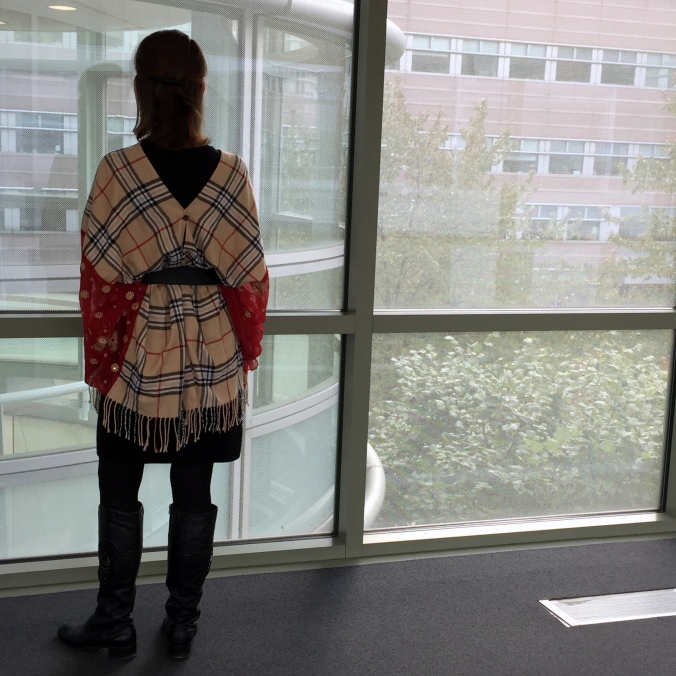 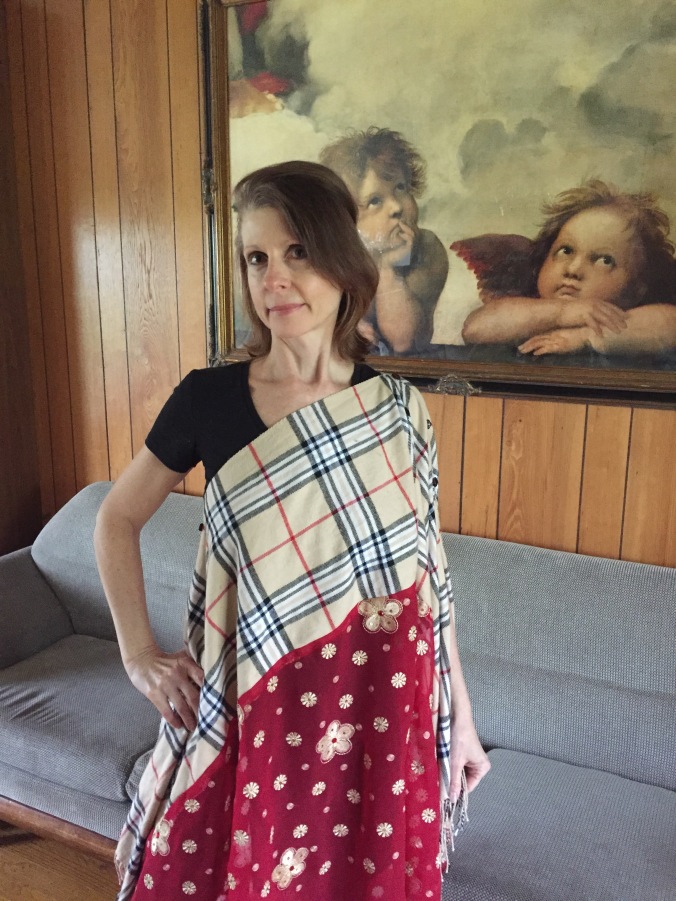 I met Bonni at the recent Wearable Art Market, hosted by the Textile Art Alliance of the Cleveland Museum of Art. She was one of about 50 textile art vendors at the market, to which I almost didn’t go because I didn’t want to spend any money. But then my good friend Adrienne texted me to be sure to visit Booth #16, and, like Pavlov’s dog, I was off and running.

Thank you, dear reader, for indulging me once again. If you’re so inclined, drop a comment mentioning something you’ve done to expand and evolve your perspective.