This grey cotton embroidered dress from Uncle Frank has become my official spring dress. I bought it several years ago from Green Roots Collection, wondering at the time if it was maybe a little too funky (this is Cleveland, after all), but that’s how I roll.

I gravitate toward this dress during early spring — probably because of the bright flowers — and at least once a season I wear it to our favorite pancake breakfast spot, at West Geauga High School in Chesterland. Turns out it’s also my official naturalization ceremony dress.

My dear friend Harnett, who was born in Zimbabwe, was sworn in as a U.S. citizen just last week. My partner and I were honored to be included at her naturalization ceremony, where she took the Oath of Allegiance. If you’ve not witnessed a naturalization ceremony, I encourage you to do so. To look around at the sea of faces, diverse in their appearance but identical in their dream of becoming U.S. citizens, makes one proud to be an American.

I donned my Uncle Frank dress for the ceremony, probably because 1) it’s early spring, and 2) the dress has a certain Eastern European flair, which feels perfect for the occasion.

At the ceremony, we were talking about our close friends from Turkey, who were naturalized a couple of years before. We couldn’t recall if it had been two or three years, so my partner called up the photos on his phone to check the date: 2016. And there I was, wearing my Uncle Frank cotton dress. So, it’s official.

We have another good friend, Sultana, who is from Bangladesh, and I told her this past weekend that if she seeks citizenship, she can count on us to attend her naturalization ceremony. After all, I already have my outfit picked out!

Picked up these suede ankle boots with silver metallic heels from Arizona Jean Co. Love them with my Uncle Frank dress on those cold spring days. 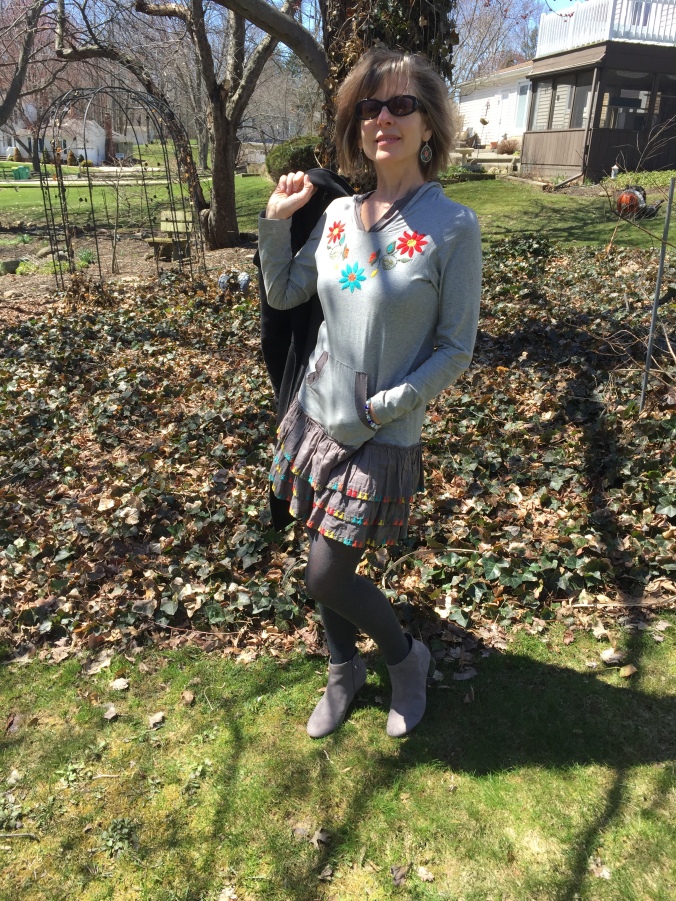 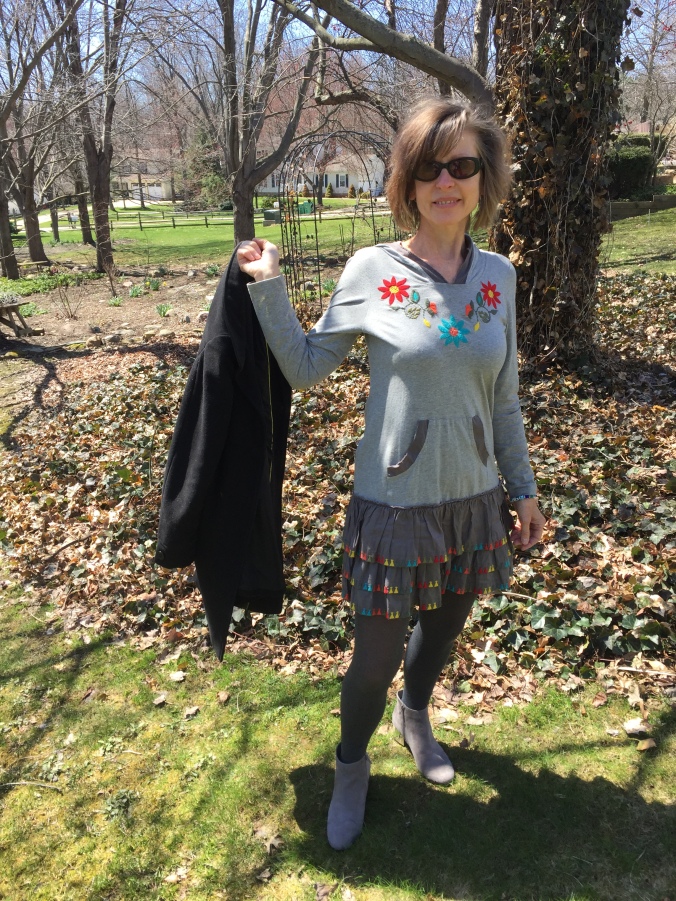 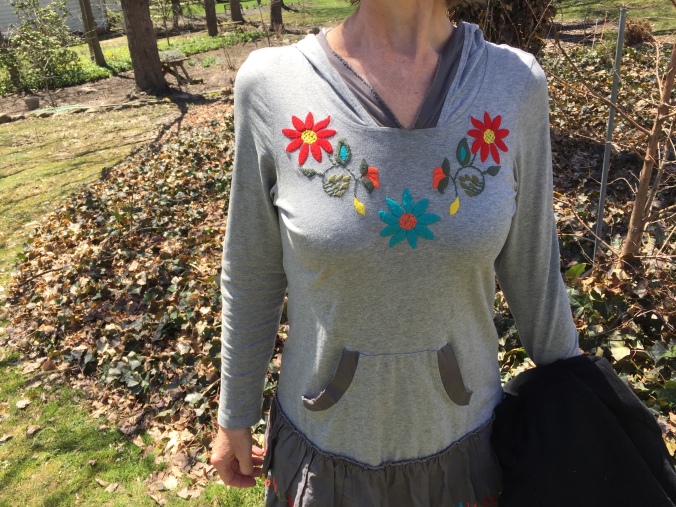 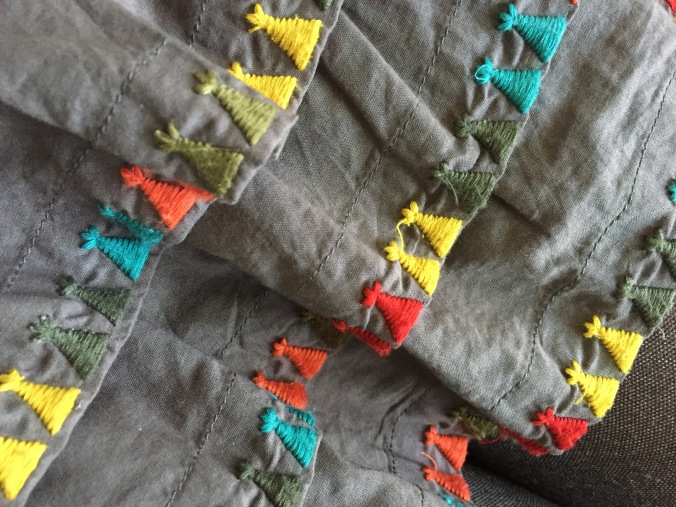